Sure, he ogles Angela like he’s Bugs Bunny on Viagra. Why not? It’s a raw foodies’ match made in heaven! 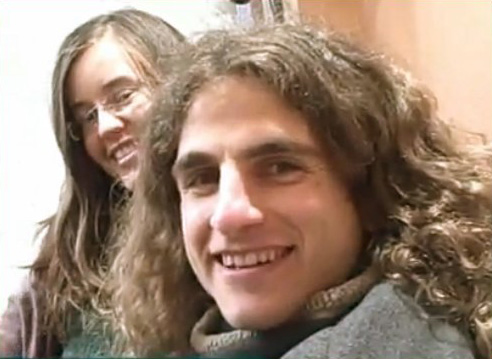 Sure, he ogles Angela like he’s Bugs Bunny on Viagra. Why not? It’s a raw foodies’ match made in heaven!

Meet The Raw Food World owners Matt Monarch and Angela Stokes Monarch, EasyGreen’s new master distributors. I’m happy to report Matt’s got a sense of humor the size of my-hammy and his libido is about that healthy, too. Angela is an angel in wire-rimmed glasses with a British accent.
Matt attributes his growth from being “pretty much a fool” to “reaching heights of bliss and love” to an email inquiry he found in his inbox two years ago.

(If Matt’s any kind of fool it’s for the sake of eating and promoting raw foods, which he does with the zeal of a missionary on steroids.)

Matt describes his prior incarnation as a harried corporate employee with the “standard bachelor’s diet” of greasy carbs and a whole lot of sugar. He claims his change to 100% raw food had nothing to do with his health – in fact, he was a pretty strapping lad. He just wanted to avoid a life cut short by heart disease and diabetes. Matt attributes this decision to reading Dr. Norman Walker’s well known book on raw foods, “Become Younger.”

But…back to the email. Its sender, Angela Stokes, had suffered for years from an under-active thyroid. In 2002, she weighed almost 300 lb. and was worried about getting diabetes. Angela was a compulsive overeater in denial, with a love life only a dodo bird could envy. In short, it had been five years since her last date. Something had to give.

In 2002, a concerned friend lent Angela a book that turned her life around, “The Raw Family” by the Boutenkos. Angela describes how following a raw food diet enabled her to lose 156 lbs and 9 dress sizes. Men lined up at her door. More importantly, she began to feel healthy and whole as a human being. She began writing books about her own and the vegan experience. And these were the topic of the email inquiry. Would Matt like to add her e-Books to his website, she asked.

Matt says he rolled his eyes at the email request…that is, until he saw Angela’s picture. And that’s where the Bugs Bunny ogling line comes in; his account of falling in love is on the Raw Food World website for anyone to take a gander. It’s a great read. By the way, Matt and Angela recently welcomed their first baby bunny. It’s a girl, Oria Berry, who entered the world with a perfect pink set of lungs and all her digits intact. We wish the family all the happiness that raw foodie love can buy! 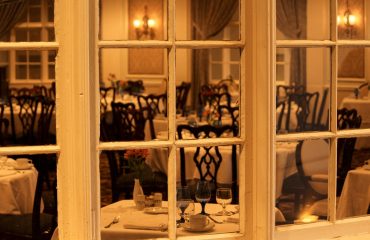