What do Blythe Metz and 5 Little Stones Have in Common?

What do Blythe Metz and 5 Little Stones Have in Common?

Once in a blue moon, actress, producer and raw food guru, Blythe Metz and I trade tweets. And, although her following is monumental and ours modest, in twitter world, we each get just 140 characters to hurl insults and spread the word on the evils of GMOs. You see, compared to Monsanto, we’re both a bit like the Hebrew shepherd boy, David, eyeing Goliath with a tired slingshot and a small pile of stones.

But even though she’s got a huge following and we have a small one, Blythe really needs the support of our little EasyGreen community.

That’s right, us! Read on, and I’ll explain.

When I heard about her awesome Stop Monsanto! film project, I knew you’d be as psyched as I was to hear about it. So I planned to put it up on the blog and shoot you a letter, which I’m finally getting round to now – a week later. My plan was to rally the troops with a short rah-rah message, (after giving to the project myself, of course), and be done with it. But as I compared the screenshot below to the image I took today beneath it, my heart skipped a beat.

Sometimes even Hollywood film producers need our help. In the six days between shots, the campaign to launch it only raised about $6,000. At that rate, they’ll never reach their $150,000 goal! Do they really need our money? Probably not; but they do need us to help spread the word and make a token gesture – a dollar or two from a lot of people helps.

When it comes to stopping Monsanto, five is a hugely symbolic number. Why five? Hang in; I’ll explain.

In the past, Blythe has provided EasyGreen’s blog followers with beautiful, nutritious recipes. She also provides countless hours of loving support to a whole raw food community in LA and far beyond. She has influenced many thousands of people to change their ways of thinking about food. I can confidently say that what she teaches saves lives. Recently, she teamed up with Hollywood’s Mariel Hemmingway and Patricia Woolworth to do something about Monsanto. Here’s their message:

“We’re fed up with Monsanto and how they’re treating farmers and consumers,so we decided to make a movie about it. We want to know whether the foods we eat contain GMOs (they better not!) and we think that all foods should be properly labeled. We hope the movie is entertaining and helps educate viewers about what Monsanto is doing and what the company stands for. By donating and supporting the film, you have the chance to help stop Monsanto!”

Stop Monsanto! begins quite innocently when the main character of the film decides to attend an anti Monsanto rally to get into the good graces of an ex-girlfriend. At the rally, his eyes are opened, and he joins forces with several like-minded young people who work together to get the word out about GMO crops. To get press attention, they decide to perform some outrageous stunts that put them directly in Monsanto’s line of fire.

Now I’m no Blythe Metz, but I do know all about David and Goliath. My dad was a missionary, and it didn’t matter what country his little family landed in, he used to teach Sunday school children this song:

“And one little stone went into the sling,
And the sling went round and round.

It’s a story about faith and grace, about a small boy beating a giant against all odds – with just five stones. And that’s exactly what the film is about – chipping away at the giant Monsanto’s hold on our food industry. By  donating and supporting Stop Monsanto!, you can choose to be a David and get some goodies, too.
Click here to show your support for Blythe. Then tell five friends about the campaign.

That little Sunday school ditty, hummed in my head for years, taught me to never stop throwing stones at giants. How about you?

Gardening Tricks to Save You Money 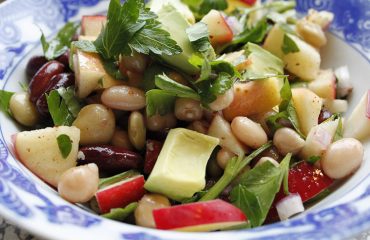